We are well into a school year here, one child at a public charter, one doing a complicated dance familiar to those homeschooling high school: a class at community college, a class at a local high school, some “classes” with mom and dad, some tutors and clubs and activities, and some fevered creative activity all alone.

We’ve been required to interact with the General Public much more than normal. Wait, that’s not quite right. We’re always interacting with the General Public. What’s new is that as we’ve joined some different educational circles we’ve had to circle back to the “oh, you homeschool!” conversations that seemed to fade away after a few years. 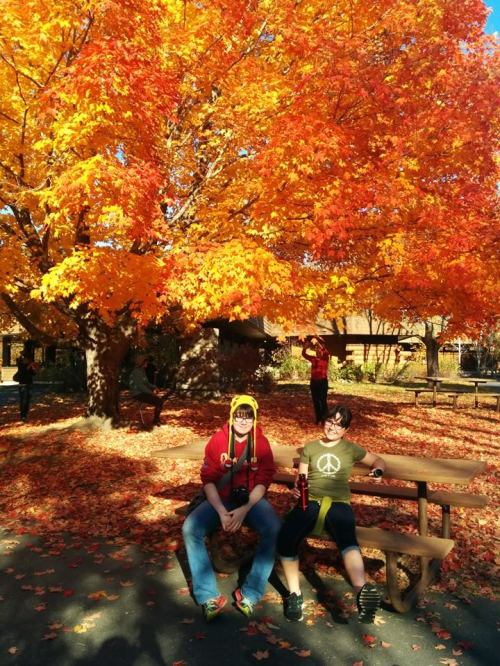 It happened again during an awkward conversation with a parent at my older daughter’s confirmation class. It’s a very hippie, liberal church – not the one we normally attend—and the woman looked like one of several veteran lefty-granola homeschool moms I’ve met over the years. She was one of those talkative people who have a habit of finishing the sentences of reticent speakers like me, with the intention of being friendly and engaged.

No, that’s not quite what I was going to say.

Well, for better or worse she’s been in classrooms throughout our homeschooling experience, so no. Not that.

It was all fine and certainly people are far too busy to know what homeschooling is like if they don’t have a reason to learn. But it was an amusing reminder, again, that many people who otherwise seem simpatico have very interesting, mostly misguided, ideas of what homeschooling is about.

I was pondering this while making dinner and listening to my younger daughter – the one in school – talk about an upcoming party we are hosting for her classmates. It’s a pretty funky charter school, but to Victoria it is as institutional as she has ever experienced. The kids are nice and smart, but they’ve had six years of a lifestyle totally alien to her.

Which brings us to the pizza order.

My youngest is a very social person. She wants to make friends, and she wants to make them happy. She worries about making a good impression. And so, she told me, we could not order our usual pizza. We order from a small local shop down the street, sometime a Greek-style vegetarian, sometimes sausage and onions, sometimes BBQ. It’s a cool place, with tattoo-themed branding, possibly because all of their employees seem to be covered in them. Nevertheless, it is a step or two up from typical pizza chains.

This kind of pizza, my daughter was thinking, would be too much for the quotidian tastes of her classmates. White-bread, middle-of-the-road plebes would probably prefer Dominoes, she reasoned.

I cannot stress enough that my youngest child is one of the sweetest people on earth. She is not snobbish in her behavior or speech, and she has been a champion of inclusiveness in her classrooms this fall.

Nevertheless she has reached eleven years of age with some interesting, misguided ideas about non-homeschoolers. I can’t take any credit for her sweetness, so I won’t take too much responsibility for her strange notions about philistinism and vulgar taste in pizza when it comes to public school children.

We negotiated to a different local pizza chain that apparently doesn’t signal as much “urban homeschool hipster” (note to self: child may have career as sociologist and/or advertiser). We spent a little time talking about being yourself and not making assumptions about others.

The rest I assume she will eventually figure out on her own, like she always has.