Despite a long silence, all is well and busy here. We’ve gotten through a busy play production, some unusual work for me, and a vacation in Florida. Bring on the spring.

I’ve also been spending a lot of spare time prepping to teach a literature class for teens at our homeschool co-op. This sounds like a small thing, and probably should be a small thing. As it turns out, however, there was a reason I got a PhD in English. Cracking open the Pope and Swift after a long absence was like reconnecting the power to an abandoned amusement park in my brain — flashing lights! clanging bells! circus music! And that’s just the class prep part.

I write about literature of all sorts almost every day for my freelance work. It’s almost always interesting, but it doesn’t allow for getting up close and personal with a work the way even preparing for teaching does.

I’ve set up a tumblr for the class, but really it is kind of a buffer zone where I can put some of the overflow of my excitement — Oh my gosh! Look at these illustrations! I love this couplet! — without totally overwhelming the students.

(Was that an oblique confession that poking around tumblr looking for lit/ed bloggers has been distracting me too?)

I’m updating a few times a week, so check it out. And oh my gosh! Look at this illustration! 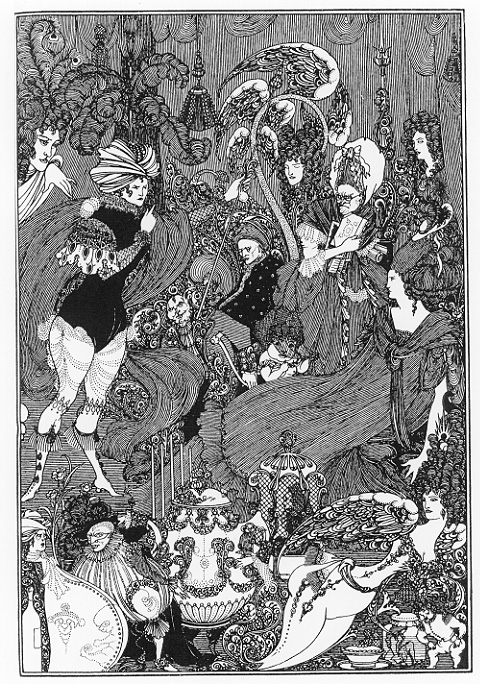 “The Cave of Spleen” by Aubrey Beardsley, based on Alexander Pope’s “Rape of the Lock.”